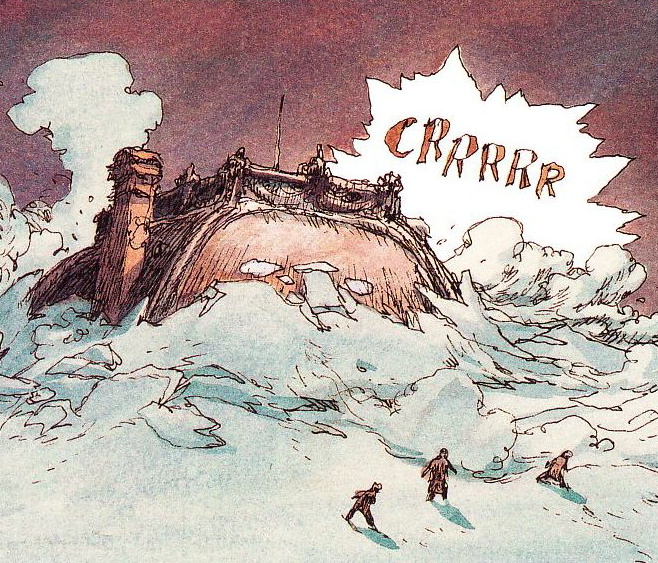 Stephen Weil: The Museum at the end of the time

As all of you must be aware by now, it has been established beyond any pos¬sible doubt that the universe will cease, abruptly and without a trace, a few seconds after 11:43 P.M. Greenwich mean time on August 16, 2125. At its most recent meeting, the museum's board of trustees asked me to be in touch with various of the museum's stakeholders (including the staff) to so¬licit their views as to how this impending cessation of the universe might impact the museum's operations during the interim and also to inquire as to what changes in its programming, budget allocations, staffing, and so forth they might think appropriate in the light of this unprecedented situa¬tion. Responses may be sent directly to my attention. For the sake of brevity, you may refer to the date of cessation as "C-Day".
Responses to the C-Day Memo from a history curator: Humankind will never again be the same. As the clock ticks toward its final tock, people, communities, and na¬tions will behave toward one another in entirely unpredictable ways. These
new relationships will be reflected in works of art, architecture, the de¬ign of household objects, the content of publications of every kind, and nore. I am proposing (a) that we immediately establish apocalyptica as a major new collecting category that would cut across all previous depart-nental boundaries and (b) that we undertake a series of exhibitions to be given at regular intervals (perhaps once a decade through 2100, and at five-ear intervals after that) documenting the ways—sometimes somber, sometimes amusing—in which various communities are coping with their anticipated nullification. To provide just a touch of drama, the last of these night be timed to close on C-Day.

FROM   THE   ASSISTANT   DIRECTOR   FOR   FINANCE   AND   ADMINISTRATION:
Now that the "Big Gnab" theory has finally been verified, I have two principal concerns: the endowment and the impact of end-time inflation. Concerning the endowment, it would clearly be absurd f any of this were left unspent on C-Day. How and when we can get the court's permission to spend the restricted part is something we'll need to consider. Given the freedom to do so, ought we treat it as an annuity and plan to have it run out just as our own time expires? Complicating this is he prospect of an inflation that will certainly rise to ever-more-hyper dimensions as C-Day approaches and the future value of money sinks toward nil. In those final days, what will induce our employees to come to work when their wages are no longer meaningful? The availability of canned food and bottled water might well be the answer. One of the things I hope we an commission somewhere down the line is a computer simulation indicating how and when we might optimally begin to shift parts of the endowment from securities to edibles.

FROM A RECENTLY HIRED AND JUNIOR MEMBER OF THE REGISTRAR´S DEPARTMENT:
One of my museum studies classmates argues that registration work will start to slacken off as C-Day gets loser. He says that, in the end, nobody will care. I think that's wrong. If I were here, I would care. Even if the work weren't finished until the very    afternoon of C-Day, I'd want to know that there's not a single object in this collection that hasn't been properly measured, photographed, and cata-3ged. It's a matter of duty. If something's the right thing to do, it's the right thing to do no matter what the circumstances. I hope that you and your successors will agree and maintain a fully staffed registrar's department right up to the very last minute.
from the curator of film and video: Being a frus¬trated artist myself, I can envision exactly what I'd like to have on view in our new video gallery if I were still to be around when toodle-oo time comes along. What I see is a huge, floor-to-ceiling globe with the world's twenty-four time zones clearly marked. Inside each time zone, a television monitor would be mounted. Displayed on each of these twenty-four moni¬tors would be real-time images televised in each case from the pertinent time zone. These would be selected so that adjacent monitors showed con¬trasting images of tumultuous urban life and placid natural beauty. As the countdown to C-Day nears its end, and as the constraints of civilized be¬havior begin first to loosen and then finally to fall away entirely, the juxta¬positions and multiple ironies would be remarkable. Imagine images of Shanghai in the throes of a Saturnalian revelry, played off against images of the Pacific's steady roll as it heaves itself westward. Think of a bacchana¬lian festival sweeping through the streets of Buenos Aires, while the next monitor over shows images of the Andes in all their cold, unearthly beauty; orgiastic London, and the night-shadowed fjords of Norway; San Francisco, and the imperturbable Rockies. As humankind hurtles back toward a state of nature, mute nature itself will be blindly marching down the path to its own oblivion. All right there on the screen, all right here in the museum. Oh, how I would like to live long enough to see it. I greatly envy my re¬mote successor, who most likely will.
from the head of security: People are motivated to obey the law primarily by their fear of the consequences that may follow from breaking it. As C-Day approaches, the consequences that follow anything will become increasingly unlikely, and we can almost certainly expect to see a gradual increase in crime. This will pose a threat to our collection, our visitors, and our building. Although we would normally plan to counter this threat with a corresponding increase in the size of our guard force, the approach of C-Day may also prove to be a disincentive to work. If our col¬lection, visitors, and building are to be properly protected until the end, priority must be given to the acquisition and development of a fully auto¬mated security system that would not only apprehend potential perpetrators but might actually put them on trial and, if it found them to be guilty, carry out their sentences as well.

FROM   THE    DEPUTY   ASSISTANT    DIRECTOR   FOR   FINANCE AND ADMINISTRATION:
If the museum is to make the maximum possible use of its resources, what will be required is a strategic plan pur¬suant to which those resources can be gradually redeployed from future-focused activities to present-oriented ones, most particularly to public pro¬gramming. By crunch-time on C-Day, every last vestige of infrastructure should have been phased out. Whatever remaining resources we've still got should (at least ideally) by then have been dedicated to active public use. In terms of space, this will mean converting our various working spaces (the conservation laboratory, the library, the registrar's area, the carpentry and other shops, and ultimately even our executive offices themselves) to gallery and/or special-events spaces. Likewise, collections storage must eventually be converted to open storage. The timing will be tricky. On the one hand, we don't want to terminate vitally important activities prematurely. On the other, it would be important to do this before terminal inflation makes the work prohibitively costly.
from the head of development: Tempting as it may be to concentrate on last things first—to wring our hands and complain that the glass is already half empty—the fact is that C-Day is more than a century and a quarter away. That's a half-full glass if I've ever seen one. Important now is not to brood about how we'll end our days but to exult over what we can be doing in the meanwhile to make them better. Development-wise, I think we can do well—not just well, but very well. How do we turn this oblivion thing to good use?
Well, for instance, since we won't be able to celebrate any anniversaries after the event, why not celebrate them before? I could see a benefit dinner dance to be held every August 16 with a regular recurring theme like "The Last Supper? Not Quite Yet, but Still Counting." If the curators weren't too finicky, a highlight of the evening might be an auction of some things from the collection. The idea would be to get an up-front payment for some fu¬ture delivery (for example, on C-Day minus ten). In the same vein, since our costume collection no longer has to be preserved indefinitely, why couldn't we rent out some of the more famous items for people to wear to these events? Ditto the jewelry collection? Samuel Johnson once said that the knowledge that one was shortly to be hanged "concentrates [the] mind wonderfully." Well, if that's so, then the end of the universe should really get our creative juices flowing!!!

Assignment
Think about your own museum. Assume the contrary of what was imag¬ined above. Assume that the "Big Gnab" theory has been discredited, and that the universe is not going to cease without a trace on August 16, 2125 or at any other time soon. To what extent has your museum articulated a distinct obligation to future generations? To what extent is that obligation explicitly reflected in its day-to-day operations? To what extent is it implicit? Are you satisfied with the extent to which future obligations are reflected in the operation of your museum? If not, what would you change?

Die Text stammt aus dem Buch "Making Museums Matter" von Stephen E. Weil. Smithsonian Institution, 2002.
A lawyer by training and a former official of the Whitney Museum of American Art, Mr. Weil became the deputy director of the Smithsonian's Hirshhorn Museum and Sculpture Garden in 1974. He retired from that post in 1995 and became senior scholar emeritus at the Smithsonian Center for Education and Museum Studies.
A native New Yorker, Mr. Weil graduated from Brown University in 1949 and received an L.L.B. from Columbia University Law School in 1956. He practiced as an associate with what was then the New York firm of Rosenman, Colin, Kaye, Petschek & Freund. He was a vice president and general manager of the Marlborough Gallery from 1963 to 1967 and an administrator, secretary and trustee of the Whitney in New York from then until 1974.